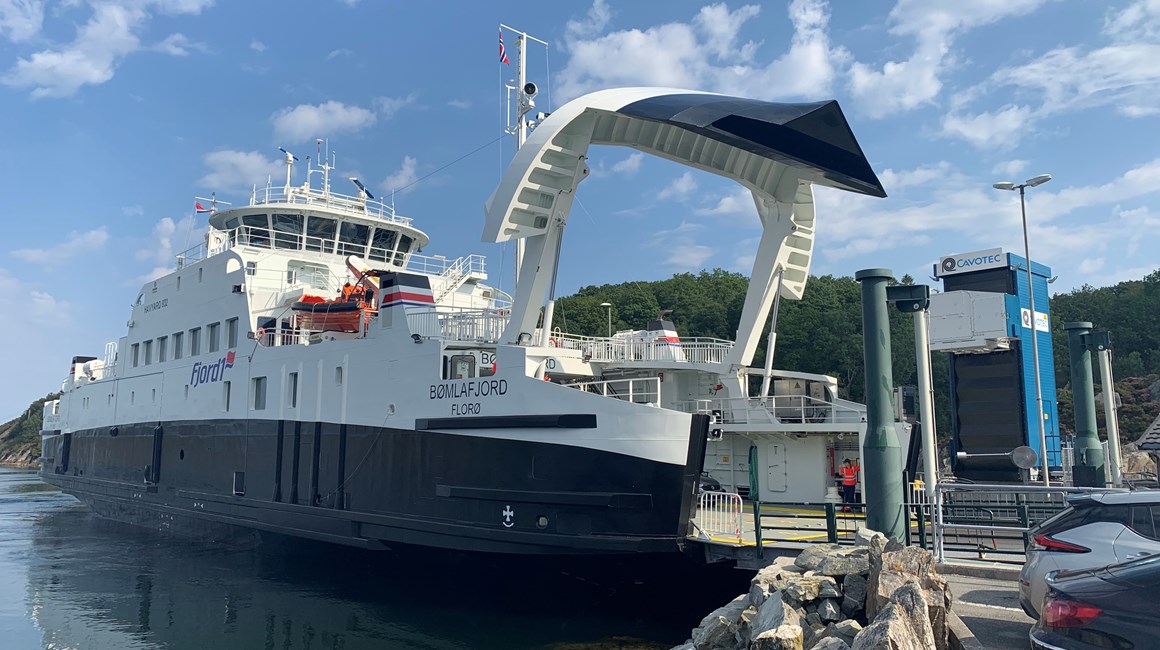 These ferries have a capacity of 50 cars and will operate fully electric at four different ferry-crossings along the western coast of Norway. Crossing time for the ferries differs from 13 to 30 minutes depending on which ferry route they are operating in.

“With these ferries, NES has now a total of 19 fully electric or hybrid electric ferries operating in Norway”, says Jan Kåre Sundgot, project manager for these 5 projects.

The new buildings with Hull number 141-145, was delivered in record time. 2,5 years from contract signing for all 5 ferries to handover of ferry number 5.

“The success criteria for these projects is the world leading competence and experience we have gained through several similar projects over the last 4 years”, says Jan Kåre and mentions Tor-Harald Njåstad and Kjetil Ripe which both works as project engineers in NES.

“They have both been key persons together with the rest of the technical team through the project”.

The system integrator plays a critical role in the transition from conventional propulsion systems towards new greener solutions. Our competence on each product combined with system understanding results in safe and optimal operation of the ferries. NES is also responsible for the onshore charging systems for these ferries. The ferries need to charge the batteries at both sides of the crossing, which means a total of 8 shore charging stations. The vessels which is now delivered, has its similarities, but also have some unique customizations with regards to power and energy consumption. Hull number 141 “Fedjebjørn” which operates between Fedje and Sævrøy need more energy for one crossing than the grid company can deliver. By installing batteries on shore, we can boost the charging power and also help stabilizing the grid. NES is constantly monitoring and controlling that the grid is not overloaded and making sure that our charging systems operates according to agreements with the grid owner.