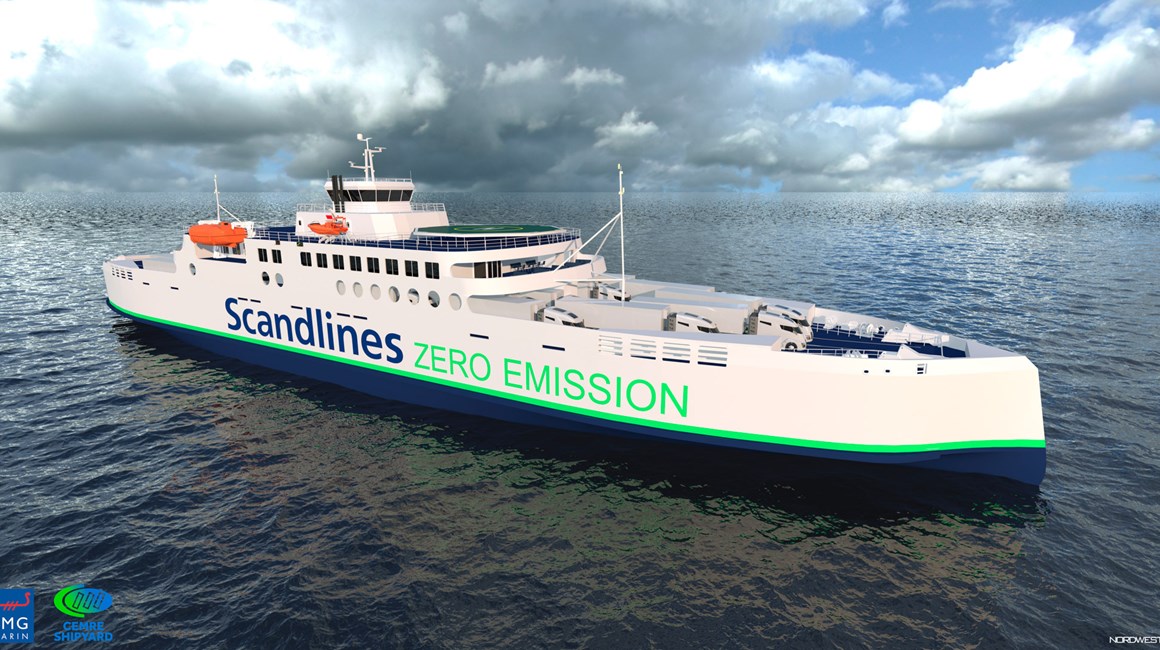 – This is the largest contract NES has ever been awarded. It will be a high-tech ferry that on completion will sail the world’s longest zero emission ferry crossing. We look forward to applying our competence and technologies to help Scandlines towards their zero emission ambitions, says Geir Larsen managing director of NES.

Scandlines has entered into a contract with Cemre Shipyard, Turkey, to build a freight ferry, enabling the route between Puttgarden in Germany and Rødby in Denmark to operate emission free.

FROM BRIDGE TO PROPELLER

NES will act as the system integrator for the ferry’s power systems and smart control set-up. This means that NES will be in charge of the complete energy design, electric power and distribution including energy storage system (battery).

– We will manage the complete energy design. The energy storage system is currently the world’s largest for a ferry, Jan Klokk, vice president sales at NES.

– We have committed ourselves to ensuring that maximum electrical loss is below a certain threshold, which means that we will turn every stone to make this ferry as energy-efficient as practically possible, thereby keeping operating expenditure and environmental footprint to a minimum, adds Geir Larsen of NES.

NES estimates that its total contract value will be close to NOK 100 million, which is the largest contract ever for NES. It also represents a breakthrough contract in the highly active Turkish shipbuilding market.

NES, which is a subsidiary of HAV Group ASA listed on Euronext Growth Oslo, will utilise competence across its three Norwegian facilities – in Bergen (HQ), Egersund and Ålesund – plus its operation in Turkey to design, assemble and test the systems. NES will supply all the equipment to Cemre Shipyard in Turkey by the end of 2023.

On 19 January this year, NES announced that it will establish a new subsidiary company and open an office in Istanbul to provide even better services to Turkish and other shipyards in southern Europe. NES Turkey will provide site management and commissioning support for the project.

Scandlines’ new freight ferry for the Puttgarden-Rødby route is expected to commence services in 2024.

The new ferry will have a length of 147.4 metres, breadth of 25.4 metres and design draft of 5.3 metres. It will have a capacity of 66 freight units and will accommodate 140 passengers. It will be possible to transport lorries on both the upper and lower decks.

The ferry will initially exclusively charge in Rødby, Denmark. Already in 2019, Scandlines invested in a 50 kV / 25 MW power cable to Færgevej in Rødbyhavn. This cable will now be extended to the ferry berths, where a transformer and charging station will be installed. In the longer run, the plan is to also be able to charge in Puttgarden when a good solution has been found for the purchase of green energy.

– NES’ purpose is to help shipowners and yards realise their sustainability ambitions through designing optimal propulsion, energy and control systems to ensure safety by smart and easy operation. This project encapsulates this perfectly, concludes Geir Larsen.