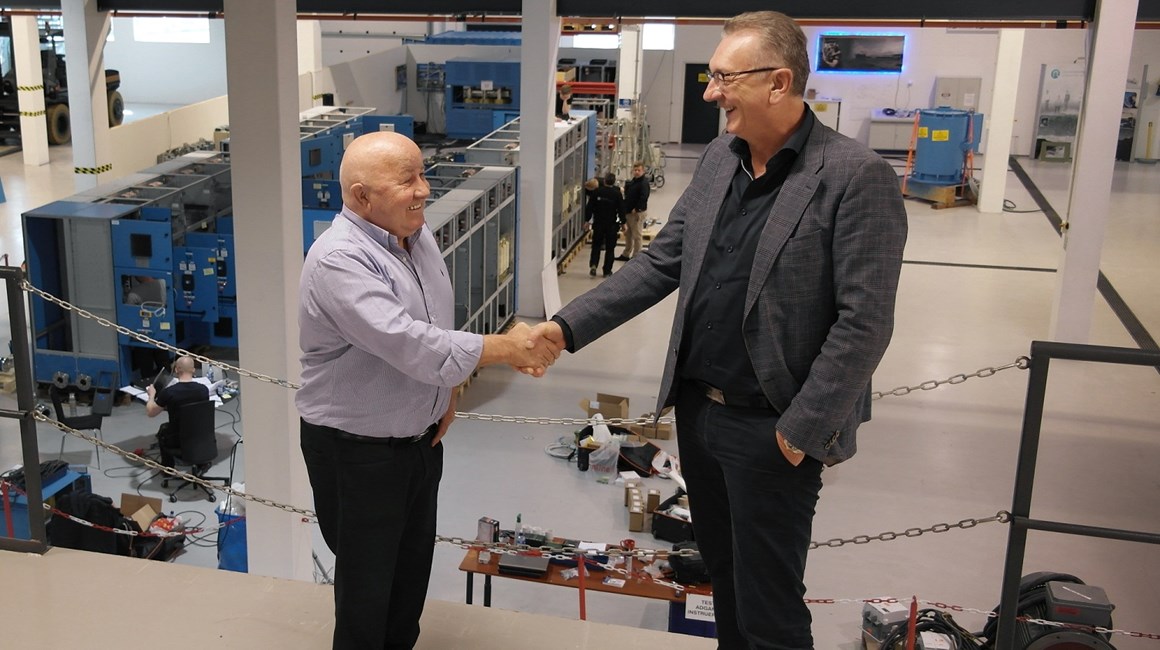 Norwegian Electric Systems AS (NES) was founded in 2009 by Jan Berg, who was also the principal shareholder. Havyard Group then had an ownership interest of 37.9%. In early 2015, Havyard acquired 50.5% of the shares, thereby becoming the majority shareholder, and Tor Leif Mongstad took over the running of the company from Jan Berg. Havyard’s main motivation for acquiring more shares in 2015 was the belief that NES's technology and expertise would enable it to offer environmentally friendly hybrid technology and electric propulsion solutions for the future.

An investment
‘We have acquired full ownership of the company because we believe in both the company and in the segment NES represents, and because it enables us to realise increased synergies through a closer collaboration between NES and Norwegian Control Systems (NCS), which is fully owned by us, and other companies in Havyard Group ASA. We have taken a big step forward through our contracts for fully electric ferries to Fjord1, and we are now able to deliver the most efficient and environmentally friendly solutions for these types of vessels. NES is an important contributor to the continued development of these solutions, so we are certain that we have made a very good investment,’ says CEO Geir Johan Bakke.

Already under way
Norwegian Electric Systems and Norwegian Control Systems AS (NCS) are well under way with the work of integrating their products into various total solutions.

‘Both business areas have a unique range of products that complement each other well. This enables them to offer complete deliveries from bridges to propellers, with adaptations available for most types of vessels,’ says CEO Tor Leif Mongstad.

The time was right
Jan Berg, founder and former principal owner of Norwegian Electric Systems, is a pioneer in his field. He has previously founded, run and sold Scandinavian Electric, which operated in the same industry.

‘This was the background for starting up Norwegian Electric Systems together with Havyard and other key persons in the company. It has been an incredibly exciting journey. Both our turnover and profits were good until the oil crisis in 2014. After that, it was time for some fresh thinking and for adapting our products to new segments to ensure future success, which I feel we have accomplished. I’m not getting any younger, and I want to do new things, so I'm happy to sell my shares to such a forward-looking company as Havyard,’ says outgoing executive VP of Business Development Jan Berg.

Norwegian Electric Systems (NES) is a high-tech electrical company and total supplier of electric propulsion systems for ships and the offshore sector worldwide. NES provides engineering, develops its own electric products and systems, and delivers services for the maritime and offshore segment. NES's products consist of hybrid-electric and diesel-electric propulsion systems and a number of newly developed additional systems that make NES a leading maritime electrical company. Norwegian Electric Systems is based in Bergen and has 41 employees. It has orders on its books worth NOK 570 million.